Christmas celebrates the miraculous birth of Christ Jesus our Lord over two millennia ago. Miraculous meaning not in the ordinary course of nature. As the angel Gabriel told Mary, “With God, nothing will be impossible” (Lk 1:37). Jesus puts that truth this way: “What is impossible with men [humanity] is possible with God” (Lk 18:27; cf.. Mt 19:26; Mk 10:27). 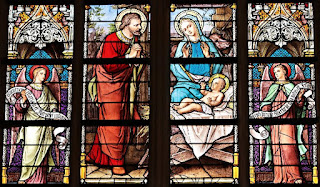 Last week we discussed Isaiah’s prophecy: “The Lord himself will give you a sign. Behold, a virgin shall conceive and bear a son, and shall call his name Immanuel [Emmanuel]” (Is 7:14). The Hebrew word translated “virgin” here is “almah,” which can mean “virgin” or “young woman,” and virginity was expected of every young woman. There is a separate word, “bethulah,” that means a virgin specifically, and the two terms can be used interchangeably as with Rebekah (Gen 24:16, 43).

The Greek Septuagint translation (3rd Century BC), in use by all the Jews the 1st Century, translates Isaiah 7:14 with the Greek word for virgin specifically. This appears to be intentional in the Septuagint which makes sense because Isaiah says in 7:14, “The Lord himself will give you a sign.” When Isaiah speaks of a “sign,” he means a miracle of nature, such as crops grown for two years without planting (37:30) and the shadow on a sundial going back 10 steps (38:7-8). So a Jewish understanding of this verse as referring to a virgin birth would, indeed, be a “sign.” Thus St. Matthew’s application of Isaiah 7:14 to the Virgin Mary’s conception of Jesus by the Holy Spirit (Mt 1:22-23) is consistent with the original meaning of Isaiah’s prophecy of a miraculous “sign.”

When the angel Gabriel appeared to Mary, who was betrothed (engaged) to Joseph, why would Mary be troubled at the angel’s word that she was to have a son? Wouldn’t any engaged Jewish woman, being told she would fulfill God’s command to “be fruitful and multiply” (Gen1:28), assume that would happen after the marriage was consummated?

Well, not if that woman had intended to remain a virgin for life. We see this in her statement, “Since I do not know man,” expressed in the present tense as one who does not (and continually will not) have sexual relations. Were this not the case, how else do we make any sense of her being “greatly troubled” at Gabriel’s word (Lk 1:29)? She is puzzled at how that could work and she remain a virgin (see Lk 1:34). According to several Church Fathers (e.g., St. Gregory of Nyssa [c. 335-c. 395], St. Augustine [354-430]), Mary had previously taken a vow of lifelong virginity.

Now from the beginning of the Church the Apostolic teaching has been that the conception and birth of Jesus was miraculous. The virgin birth means that Mary remained a virgin before, during, and after the birth of Jesus. We have not been given any specific revelation of how God did the miracle, yet surely as the Holy Spirit was instrumental in the conception, likely he was instrumental in the birth, as St. Leo the Great (d. 461) indicates: “Through the same Spirit by whom Christ was conceived and born, we too ... might be born again from a spiritual source” (Ep. 31, 3).

This is the faith handed on to us, and it is entirely reasonable to believe in the context of salvation history, Scriptural prophecy, and Apostolic witness in the New Testament and elsewhere. As Truth himself said, “What is impossible with men [humanity] is possible with God” (Lk18:27). St. Athanasius (c. 295-373) calls Mary “Ever-Virgin”; St. Jerome (c. 340-420) wrote a full treatise on it; St. Ambrose (340-497) defended it strongly; St. Augustine called Mary, “A Virgin conceiving, a Virgin bearing, a Virgin pregnant, a Virgin bringing forth, a Virgin perpetual.” Historically, Protestants believed the doctrine as well. Luther (1483-1546) and Calvin (1509-1564) did, and Zwingli (1484-1531) said, “I believe with all my heart according to the word of Holy Gospel that this pure Virgin bore for us the Son of God and that she remained, in the birth and after it, a pure and unsullied virgin, for eternity.”

Yes, at Christmas we celebrate the miraculous virgin birth of Jesus Christ, the Son of God, consistent with Isaiah’s “sign” and the Jewish expectation of the Messiah.