As we continue looking at the life of St. Barnabas, the natural question is: When did Barnabas come to believe in Jesus? Many will say it was from the events of Pentecost, but that seems to be based solely on the fact that the first clearest reference to Barnabas in the Bible (Ac 4:36) is shortly after Pentecost.

Yet we have already seen that it is very likely Barnabas lived in Jerusalem during all the years of Jesus’ public ministry, as did St. Paul. But unlike Paul, we have no specific record of Barnabas’ conversion. So what evidence do we have?

First, it turns out that some Greek manuscripts of Acts 4:36 have his name as “Joses” instead of “Joseph,” leading some to identify Barnabas with the Joses who was the son of Mary and brother of James the Less (Mt 27:56; Mk 15:40, 47; cf. 16:1), elsewhere called the “brother of the Lord.” Interesting thought. But this is quite a small minority opinion, nor does there seem to be any tradition that this is the case.

But we do have other hints. St. Barnabas was an Apostle (Ac 14:14), and the Church recognizes him as such along with St. Paul. The Catholic Encyclopedia writes, “The term apostle is applied by St. Paul not only to the Twelve, but also to himself, to Barnabas [1] .... But apostles must have ‘seen the Lord’ and have received a special call.” [2] St. Clement of Rome writes (c. 70 AD), “The apostles received the gospel for us from the Lord Jesus Christ .... [A]fter receiving their orders and being fully convinced by the resurrection of our Lord Jesus Christ ... went out ... to preach the good news ....” [3] Therefore, the recognition of Barnabas as an Apostle reflects the understanding that he did personally know Christ, saw and was convinced of the resurrected Christ, and was sent out by Christ to preach. As another writer puts it, the “prime requisite of the apostle [is] personal experience of the living Jesus.” [4]

Among writings circulated in the early Church under the name of St. Clement of Rome (d. 99 AD) are the Recognitions and some Homilies. Scholars now do not believe these were actually written by Clement, but they do refer to Barnabas as an eyewitness who saw and heard Jesus Christ, and contain Barnabas’ own testimony that he was a disciple of Jesus. The Recognitions refer to Barnabas this way: "Now, the man who spoke these things to the people [in Rome] was from the regions of the East, by nation a Hebrew, by name Barnabas, who said that he himself was one of His disciples, and that he was sent for this end, that he should declare these things to those who would hear them." [5] And Barnabas further points out that some in his audience heard and saw Christ just as he did. [6] 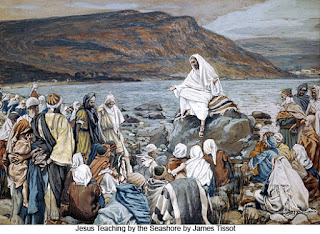 In Homily I, a similar story is told this way, Barnabas now being in Alexandria: “They immediately brought me to one [of those who had seen Christ], saying, ‘There is one here who not only is acquainted with Him, but is also of that country, a Hebrew, by name Barnabas, who says that he himself is one of His disciples; ... I stood listening to his words ... what he had heard and seen the manifested Son of God do and say.” [7]

One more question about Barnabas’ early life: Did he marry? Apparently Barnabas followed the counsel of Christ to remain celibate for the sake of the Kingdom of God – if we believe the writing of a First Epistle of [purportedly, again] Clement on Virginity, which lists Paul, Barnabas, and Timothy, as examples of “a holy and spotless life” (i.e., celibate), worthy of imitation. [11]