Many Antichrists in the World.

Continuing our series on what Jesus and the Bible have to say about this world, we now take a look at the term “antichrist” spoken of in Scripture. It literally means “against Christ” or “against the Messiah.”

The term itself only appears in the letters of St. John. Tradition and most scholars believe St. John’s letters were written at the end of the First Century, probably between 96-100 AD [although other scholars believe John's writings were considerably earlier], making them possibly the latest writings included in the Bible. It is understandable, then, that roughly 65 years after Christ’s death and resurrection, John might write, “Children, it is the last hour; and as you have heard that antichrist is coming, so now many antichrists have come, therefore we know that it is the last hour. They went out from us, but they were not of us; for if they had been of us, they would have continued with us.” (1 Jn 2:18-19.) 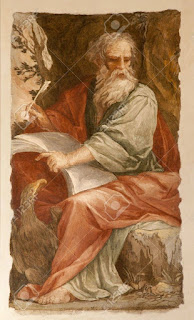 St. John first says that because we have seen “many antichrists,” we know we are in the “last hour,” i.e., here’s the proof. “Hour” is in the singular, so we need to take it as a time frame. Taking the New Testament as a whole, this “hour” refers to the last epoch of salvation history, beginning with the coming of Christ and continuing until the Lord returns. St. Paul speaks of this as “the end of the ages” (1 Cor 10:11), and St. Peter calls it “the end of the times” (1 Pet 1:20). Other expressions are the “last days” and the “end times.”

Later in the same letter St. John writes, “Every spirit which confesses that Jesus Christ has come in the flesh is of God, and every spirit which does not confess Jesus is not of God. This is the spirit of the antichrist, of which you heard that it was coming, and now it is in the world already.” (1 Jn 4:2-3.) So the Church receiving this letter had been taught to look out for the coming “antichrist.” This is a point of Tradition with a capital “T.” It is another area where the Bible itself tells us that the Apostolic teaching and preaching included instructions beyond what was written in the Bible, but still was preserved orally (e.g., also 1 Jn 2:7; 2 Jn 5-6). St. Paul makes similar statements (e.g., 1 Cor 11:2; Phil 4:9; 1 Thes 4:2; 2 Thes 2:15; 3:6). This Biblical witness to Tradition is why Catholics cannot accept Luther’s 16th Century idea of “sola scriptura” (Bible alone), but instead we must see the Scriptures within the greater context of the fullness God’s revelation, including the Apostolic preaching, teaching, liturgy, prayer, etc.

Additionally, St. John teaches the Church not to believe every spirit but to test the spirits so as to not be deceived by false prophets (1 Jn 4:1) or the antichrists (1 Jn 4:3). It is the same test as St. John gave above: will the spirit (which can be angelic/demonic, or a human spirit) “confess that Jesus Christ has come in the flesh [and] is of God”? Is Jesus Christ God incarnate? Then that spirit is of God. If the spirit will not so confess, then it is not of God, is a false prophet, an antichrist, is of the world and to which the worldly will listen (1Jn 4:2-3, 5). Further, John says this is how “we know the spirit of truth and the spirit of error” (1 Jn 4:6).

In St. John’s second letter he makes one more reference to the antichrist: “For many deceivers have gone out into the world, men who will not acknowledge the coming of Jesus Christ in the flesh; such a one is the deceiver and the antichrist” (2 Jn 7). So “the deceiver” is another name for the antichrist, and its identification is the same test: Is Jesus Christ God incarnate?

Now although Scripture does not use the term “antichrist” other than these references of St. John, the same or a similar reality is described elsewhere, and we will turn to these shortly.

Originally published in the print edition of the Mojave Desert News dated October 6, 2022, slightly modified.
Our Lady of Lourdes Catholic Church is located in California City, CA. Visit our website at ollcalcity.org.
Dibby Allan Green has a BA in Religious Studies (Westmont College, 1978) and MA in Theology (Augustine Institute, 2019), is a lay Catholic hermit, and a parishioner of Our Lady of Lourdes Parish.